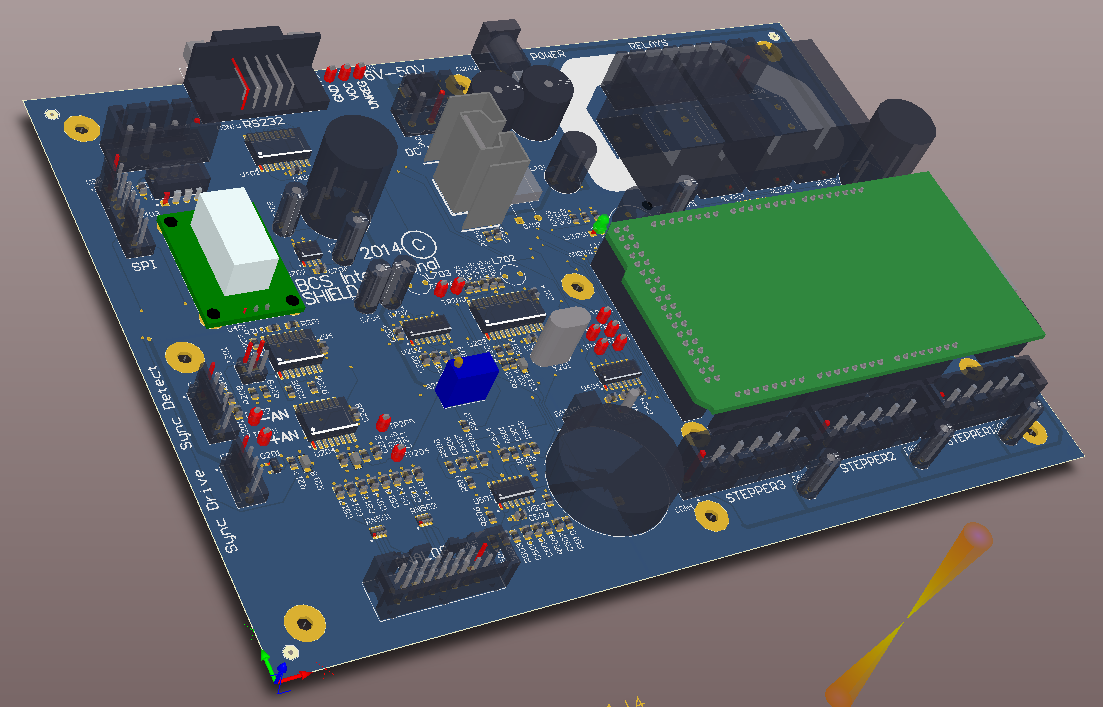 THE PERKS (indicative pricing a volumes only )

Describes the problem – how to automate real hardware in the lab, home, office or factory

The applications – where it can be used to great effect, controlling a remote device the home a/c

What the BCS MegaShield is – the features

What we need the campaign for – developing the kits software

Who is BCS and the BCS credentials

ON BOARD FEATURES (BCS MegaShield) :

ON BOARD FEATURES (BCS MegaShield Pro)

The BCS MegaShield has applications for home automation, laboratory testing, test and measurement.

If we reach out target we will develop the software needed to make the BCS MegaShield a user friendly kit with out-of the box functionality that you can customize for you applications.

IF WE EXCEED OUR TARGET

We will develop more software tools to further enhance the BCS Shield.
WHO WE ARE
“BCS Innovations specialises in the development and service of various electronic and software products, with expertise spanning industrial electronics, automotive systems, telecommunications, security, instrumentation and medical devices. BCS was founded in 1996 by our CEO, David Bull, and has grown steadily since.

Our involvement can range from rapid proof-of-principle prototypes, to demonstrator prototypes, to full product development, to maintenance and support of existing products – and we gladly perform minor (or major) adjustments to existing designs as required. We promote a flexible work arrangement to suit our client’s capabilities and requirements – for example, we can implement a design to a client’s specification, or just perform the hardware design and leave the firmware or software to the client’s internal team. The nature of the work breakdown is customised for each project and each client.”

What’s Important to Us
“BCS is in the service business. Your priority is our priority. In some cases this may be the technical outcome, in others it may be the development budget, or unit cost. Timeframe is a common objective, as many companies (established, sophisticated companies and VC funded start-ups in particular) have specific market windows driven by their industry. The relative priority of these factors are the most influential part of planning and running a project, and will be addressed and updated continually.

Our goal is to make the project work for you, building an ongoing relationship and assisting with engineering development needs into the future. The vast majority of our clients are long-term or referrals, with products that we have helped build and bring to market. Your success is our business.”

Testimony
“Since transitioning to BCS, ImpediMed’s clarity around the project timeline has increased. ImpediMed is extremely confident with its decision to switch to BCS for the completion of the project. In addition to the solid business structure that BCS has developed, ImpediMed’s decision to switch to them was even more apparent due to BCS’s continued focus on commercialisation of both their internal innovations and their partners’ innovations. That winning combination of putting as much focus on “”completion”” as they do “”concept”” fits in well with the goals of ImpediMed. We strongly believe that BCS will help us to achieve these goals within the timeline we have set out.”

Similar Projects
BCS has experience in various optical and thermal systems, some of which are listed below:
“Cochlear’s Coil & Cable Tester was designed by BCS and is used as an aid to clinicians in the field.

More than a simple test device, the C&CT uses RF energy to characterise and classify the numerous implant telemetry coils and cables according to Cochlear’s exacting inbound test specifications.”

“Precision Controller, developed for Goyen (a division of Tyco)
The system is an industrial controller which pulses compressed air valves for on-line cleaning of large air filtration systems.”

BCS performed the electronic design, prototyping and testing of all 8 PCBs, wrote all the firmware, including the user interface and control algorithms, obtained the international regulatory (EMC & Safety) approvals and transitioned the system to manufacture in Australia.”

Team
BCS assembled for this project have more than a combined 100 man-years of experience developing various projects in the consumer, scientific, medical and industrial sectors. We propose the following team for this project:

David Bull – Principal Design Engineer and CEO
“David has almost 30 years experience developing products for various innovative companies in the; medical, scientific, industrial, telecommunications and consumer products spaces. He is a regular judge on the Australian International Design Awards panel and is Adjunct Associate professor at the Australian School of Advanced Medicine and also at the Department of Electronic Engineering at Macquarie University.He holds a Bachelor of Science (Electronic & Computer Engineering) and Master of Science of (Signal Processing – Research) both from Macquarie University.” David will be overseeing the technical elements of this project and providing the various project management functions.

Steve Sommer – Hardware Engineer
Stephen has extensive skills in firmware development for embedded systems. He is adept at development in a number of software environments, including C, Pascal and assembler, for a range of target systems including PIC, TI MSP430 and PC-based embedded systems. He also has experience in Windows applications development.
Stephen will be a hardware and firmware engineer on the project, performing PCB layout, circuit design and firmware design.

James Bull – User Interface Design
James has had more than 7 years experience with the development of user-interfaces, various web-portals and multi-media applications. He holds various tertiary qualifications in the areas of IT infrastructure and user interface design. His passion is the development of scalable and usable open source IT solutions. Apart from these skills he has been managing BCS’ workshop activities and is responsible for all procurement and quality control.
James will be focusing on the web portal user interface and electronic packaging elements of the project.

John Aitchen – Prototyping Technician
John has had a 30 year career in the development and servicing of electromedical devices. He has worked in everything thing from cancer diagnostics devices to radiation dosimeter and nuclear medicine. He has a thoughtful approach to the development of various electromedical devices.
John will be constructing the various prototype devices. 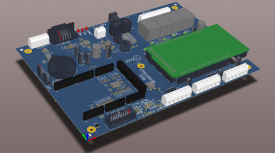 he BCS MegaShield is a “Shield” for the Arduino micro-controller, which extends its capability to control relays, stepper motors and input/output devices. The BCS MegaShield can be used to control all sorts of devices in the home, office, lab or industry 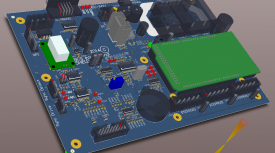 The BCS MegaShield is an “Shield” for the Arduino micro-controller, that extends the capability to control relays, stepper motors and in